When I was at High school I wanted to work on the lighting team for the school production. All was going well until I was asked to change a filter on one of the lights positioned on the school hall’s ceiling. The thought of climbing the huge ladders and having to take my hands off at the top to change the filter made my heart race, but not wanting to show my fear I started to slowly climb the ladder. I made it to the top and could feel my head spinning, my mouth had gone dry and both hands were firmly gripped to the top rung! I don’t remember how long I remained in that position, but after shouting down to the other members of the lighting team that I couldn’t do it,I descended back down the ladder in embarrassment. I left the lighting team after that (or perhaps they advised me to leave) and can still picture the look of disbelief in their faces.

Fast forward about 17 years and I met Craig. On our first date he took me to the local indoor climbing wall. I was slightly apprehensive considering my total fear of heights,I even used to get dizzy looking over the railings on the second floor of the Metrocentre! I was going to give it my best shot though.  Craig put me on the easiest climbs and I didn’t feel too bad, I think having a harness on and being attached to a rope helped! It was definitely something I wanted to try again, and I didn’t have long to wait…..

For our first weekend away Craig took me to Langdale in the Lake District (we were living in the North East at the time). He had a rock climb planned for us up Pavey Ark, called Gwynnes Chimney.

We made our way up Stickle Ghyll, and started the scramble up Jacks Rake in beautiful sunshine before reaching the spot where our climb started. After a quick briefing from Craig, he started off on the climb with his rucksack on his back and hiking boots. Not the best footwear for climbing what turned out to be a slippery, wet chimney in places!

I didn’t really have a clue what was going on when he disappeared from view after a while, I shouted a couple of times but heard nothing back. I later found out he had gone for a toilet break at the top, something I discovered when he urged me not to uncover a certain rock at the top!

So about half an hour passed and eventually I heard him shout ‘safe’, so I took him off belay and waited until the rope had been took in and it was safe for me to climb. I too had a rucksack on my back and clumpy hiking boots on my feet. I didn’t know how on earth I was going to make my way up the chimney, so I set about it with no style or technique whatsoever! I fought my way up using my knees, elbows, anything! My head was spinning , I felt dizzy and definitely did not look down!

The relief when Craig came into view was immense; he encouraged me all the way to him until I literally rolled onto the ledge he was on. Not very graceful! Sitting on that ledge was probably the scariest time of the whole climb. I still get scared now whenever I reach a ledge, possibly because until that point I’m focusing on the climb and trying not to let the height affect me.

Fear on the ledge!

After topping out the climb we sat and enjoyed the view, I was blown away with the beauty of it and felt like I really deserved it. I had a renewed zest for life, I managed to climb through my fear and actually enjoyed it!

I always appreciate the view after a climb rather than walking up a mountain via the usual route. You are only sharing that moment with your climbing partner, and not the hordes that are walking up the popular way.

The view from the top

Craig and I fell in love that weekend, and I began to climb more with him both indoors and out. We’ve had some amazing experiences climbing together even though my fear still gets to me at times, usually at the most ridiculous times like when I’m on top rope indoors or on an easy climb!

I will never be the next Lynn Hill (or anywhere even close!) but at least I can climb a multi pitch HVS with Craig, and I’m now leading trad routes. This is something I never thought I would do, but it feels like a natural progression now and I find I keep my fear under control more when leading. Perhaps I’m concentrating on gear placement so it’s keeping my mind occupied!

I get quite a few people saying to me they couldn’t try climbing because of their fear of heights, and I don’t think they believe me when I explain I have the same fear. It’s easier trying to control your fear by climbing within your comfort zone, and to try harder routes until the moves become second nature.

I have days where I’m asking Craig ten times if he’s ‘got me’ on the rope, bit of a silly question! I’ve also been known to grab his legs at the top of a climb, and my topping out style is usually sliding along the ground on my stomach!

But the enjoyment I get from climbing far outweighs my fear. Climbing has created an unbreakable bond between me and Craig, along with many happy memories.

I urge anyone with ‘the fear’ to give it a go, you never know you might like it!

Also, I can now climb to the top of some ladders and remove BOTH hands to change a light bulb quite confidently ……most the time! 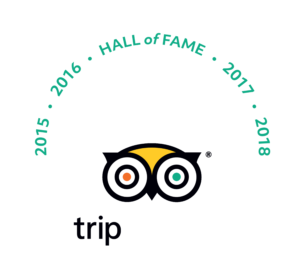